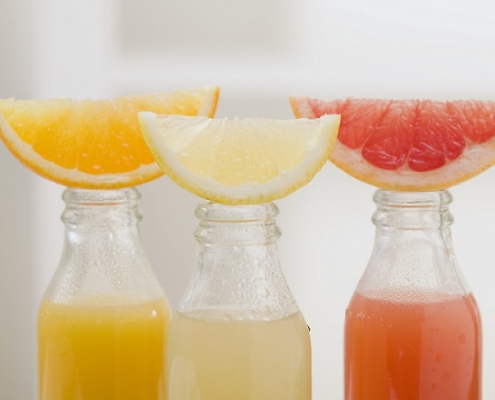 What should we know about sugar-free beverages?

Have you ever used instant oats or sugar-free beverages? These products are likely sweetened by a combination of a typical sweetener such as sugar and low-calorie sweeteners such as sucralose or stevia. This is a combination that allows manufacturers to reduce whole sugar but retain a sweet taste – while using these sugar substitutes may take a toll.

Sales of food and drinks of this type are on the rise, according to a new study. Between 2002 and 2018, sales of sweetened products with conventional sweeteners and sugar substitutes increased by 30 percent, according to researchers. Products containing rebaudioside A (such as stevia) and sucralose (splenda brand) had the biggest jumps, while old sweeteners such as aspartame and saccharin declined.

Sweeteners such as sucralose and aspartame are extremely sweet but have no calories or very low calories. In general they are called "artificial" sweeteners, but since some of them (such as stevia) are sourced from a plant source, this opinion is not entirely correct so instead they are often called "non-nutritious" sweeteners.

In this study, drinks were the most commonly prepared goods with conventional and non-nutritious sweeteners, but I also seen these ingredients in other products such as instant oat packs and dried cranberry.

There is no doubt that artificial sweeteners are controversial. The FDA says they are safe, but the Internet is full of scary personal anecdotals. Even scientific evidence is confusing some studies have found them to be associated with an increased risk of overweight and type 2 diabetes, while other studies have found otherwise.

Non-nutritious sweeteners may be beneficial for some people – for example, those who have diabetes and need help controlling blood sugar but don't want to leave soda. But if you're looking for these sweeteners for weight loss, it's unclear if they're useful or not.

What about the personal stories that revolve around these sweeteners? If you have negative reactions like headaches or bloating after taking it, it makes sense to avoid something that doesn't make it to your body.

The main concern is the continued desire for sugary foods and drinks. When you're used to sugary drinks, plain water or even drinks that are a little sweetened may lose their charm. Try to use natural sweetened foods such as fruits and vegetables instead.

Of course, it's a good thing that companies want to use less sugar in their products, but instead of switching sugar with artificial sweeteners, it's best to easily reduce the overall sweetness of the product a little bit so that the body becomes accustomed to less sweetness.

But it's not always clear from the front of the package that it contains a product. Phrases such as "low sugar" and "less sugar" are clues. But to ensure this, you need to check the package carefully and check the ingredients list in terms of terms such as sucralose, potassium acetoolson and saccharin.

Want to join the discussion?
Feel free to contribute!

Does vitamin D reduce the risk of corona?